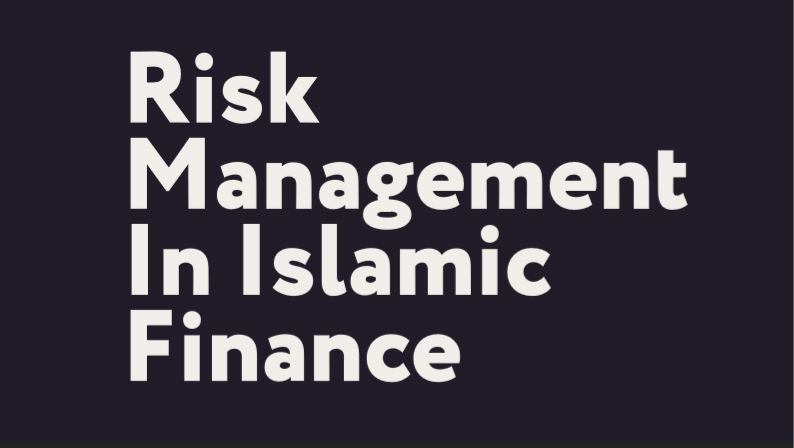 For the purpose of this article we need to clarify a few interpretations so that one understands the gist of what is risk management in Islamic finance in context to conventional banking with emphasis on Kenya.

What is Risk Management? Risks are uncertain future events that could influence the achievement of the Bank’s objectives, including strategic, operational, and financial and compliance objectives.

What is Islamic Banking About? Islamic banking or Islamic finance or sharia-compliant finance is banking or financing activity that complies with sharia (Islamic law) and its practical application through the development of Islamic economics. Some of the modes of Islamic banking/finance include Mudarabah (profit-sharing and loss-bearing), Wadiah (safekeeping), Musharaka (joint venture), Murabahah (cost-plus), and Ijara (leasing). (Source: Wikipedia)

How do Islamic Banks Manage Risks? The main challenge we have is first to understand the issue of Riba which is technically prohibited in Islam in dichotomy to modern day conventional banking which actually revolves around interest. The profits reported by conventional banks is profits that are made from different products that lend money to those who have saved and have some in the bank to those who need money in terms of loans , mortgages etc and are individual entrepreneurs who require money for investments.

In Islamic finance banks there is a slightly different version. The underlying principles that govern Islamic banking are mutual risk and profit sharing between parties, the assurance of fairness for all and that transactions are based on an underlying business activity or asset. For example investments that includes long-term financing for developmental projects which translate into real economic development. We can say this is a more acceptable form of ethical, sustainable, environmentally and socially-responsible approach that further promotes risk sharing, which is the core principal where the larger good of the society is taken into consideration rather than individuals. It emphasizes on inclusivity and social welfare in the economy by investing in long-term tangible assets like roads, water systems, electrification in rural areas, provision of sanitation facilities.

From the above we can see clearly that Islamic banking contrary to what is believed is less risky than conventional banking is and the projects undertaken are not only suitable as a development of any country but the banking is open to all people irrelevant of your religion or any other background. The focus is on wholesome development of a society rather than individual focus. The risk and return are shared between the firm and its fund providers. In a conventional firm (which guarantees returns to its depositors and investors), only the institution bears the risk; no risk is transferred to the fund providers.

A summary of risks with conventional versus Islamic finance:

Challenges to Islamic Banking in Kenya: There are a number of challenges and even though I will not be able to go through the entire spectrum, however I can mention a few.

Conclusion: Whereas there are sundry challenges in regards to Islamic banks getting a foothold in the market, it’s not all gloom and doom.  The industry is gradually gearing up to face the challenges and it’s through international bodies like the International Islamic Centre for Reconciliation and Arbitration (IICRA) that education and awareness can be created and training of experts to guide on the required legislation and best practice in banking, financial and commercial with compliance of Shari’a principals to develop infrastructure in countries like Kenya.